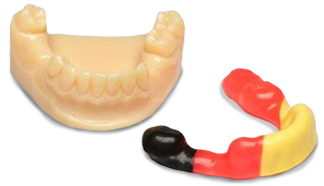 The material is heated in the extruder. This enormously important component of any 3D printer heats plastics, metal powder or sand to the desired working temperature. If the liquefaction has taken place, the further process roughly resembles that of a printer cartridge in that the extruder injects the now liquefied material onto the work platform through fine nozzles and thus prints the object.

Another common feature of an inkjet printer and a 3D printer is in terms of design. Just as with an inkjet printer, the printer cartridge is available as single or multiple cartridges, multiple and single extruders are also offered for the 3D printer, often using a dual extruder or a single extruder. For simple home use, the single variant is standard. It is a A True Wonder of Nature—Beautiful and Practical Quartz!

The quality of an extruder is characterized, among other things, by the degree of uniformity with which it injects the material onto the worktop. Because the smoother this process is, the cleaner, the 3D printing becomes. It is also interesting how fine the material may be to pass through the nozzle.

Filament: the ink for the 3D printer

Filaments in the 3D printer are the equivalent of the ink in the classic inkjet printer. Thermoplastic plastics such as PLA, ABS, and others are mostly used for 3D printing or the FDM process.

ABS stands for acrylonitrile-butadiene-styrene and belongs to the amorphous thermoplastics. For example, Lego devices are made from this material.

As a filament, the material is more heat-resistant and more stable than PAL, since it only softens when it reaches a temperature of 100 degrees Celsius. However, this material is again harder to work with, as it shrinks strongly on cooling. The worktop needs to be heated so that the first coats do not contract after application, distorting the entire piece unevenly. ABS is therefore unsuitable for non-professionals.

With the PAL filament (polylactide), however, good results can be achieved even among laymen. The melting and thus the processing temperature is below that of an ABS material, and the subsequent processing succeed more if the printed product consists of PLA. Furthermore, PLA has the advantage that it does not shrink so much after cooling. However, since the material softens even at 60 degrees Celsius, you should not leave your workpieces in the car in midsummer, unless you like Dalí’s sculptures.

In the industrial sense, PLA also called polyester of lactic acid is biodegradable even under special conditions, but cannot cope with the domestic compost heap.

In a 3D printing shop, the filament is wrapped around a spool so that it resembles a very thin wire. The finer the material, the finer the final product can be processed. For example, on the market and in industrial production, you will find thicknesses of more than 200 mm, but also 175 mm or 100 mm and less.

Providers are for example Reprap from Feldkirchen, EnvisionTEC from Marl, 3D Systems, FormLabs, MakerBot  Stratasys from the USA or Ultimaker from the Netherlands. Even the electronics company Conrad offers with the Renkforce RF1000 its first own 3D printer. The work platform lowers piece by piece. For example, spare parts, chess or other game figures, model cars, dolls, or other toys. Imagination and creativity have no limits.