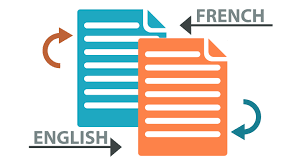 As for translating official documents into French, it is also priced and shipping costs will normally have to be added. As translation agencies and technical and sworn translators to translate english to french usually offer free quotes and without obligation, it is always advisable to compare the different rates before making any assignment.

Both quality certificates are prepared by the International Organization for Standardization, known as ISO (International Standardization Organization). The ISO 9001 Standard is applicable regardless of whether the product or service is provided by a public organization or private company, whatever its branch, while the ISO 17100 Standard establishes the requirements for translation services. According to this last rule, every translation service must include, at least, translation and revision, with which the bilingual comparison is guaranteed.

If you have ever used services such as the Google translator, you have surely noticed that when the text is long, it usually contains several errors when translating from another language to French or English. And surely you have thought that the same thing happens when moving from French to another language.

This fear is not unfounded:

Indeed, machine translation services are not very reliable for translating important things. In those cases, it is best to turn to a professional translator. Someone who analyzes the text understands it and does quality work without errors.

A bad translation or interpretation can totally change the meaning of a sentence. A small example:

Within the restaurant menu, a potato sandwich was offered. As the restaurant received foreign diners, the menu was translated to be French or English, but an automatic translator was used for papa and the final translation was not potato sandwich, but Pope Sandwich, that is to say: “Papa sandwich”.

Although these cases seem fun, if you have an important document that you present to your bosses or clients, it may not be so.

It is preferable that the translator you hire not only master the language to which it will be translated at the native level. In addition, you must master the source language of your document and be a professional interpreter. For example, if you want to translate from French to English or from English to French, look for a translator who speaks both languages ​​natively. Not just one or the other.